End of Ramadan, protests in the Philippines, and the Carnival of Flowers in Haiti | July 28 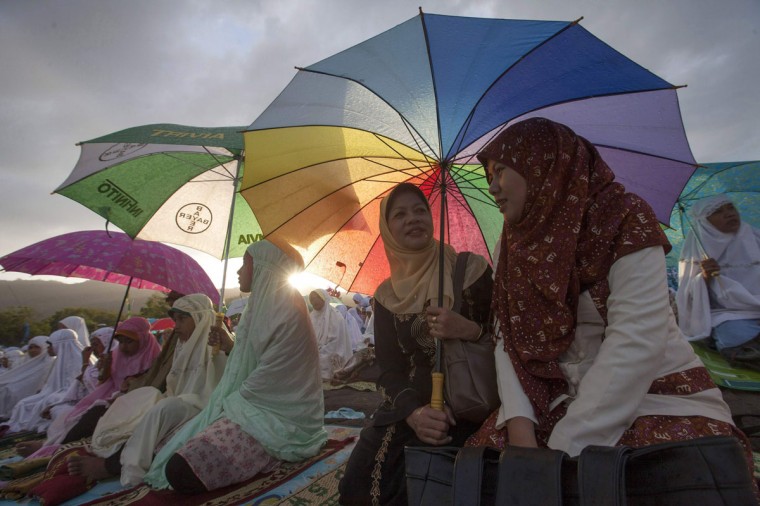 Indonesian Muslims attend Eid al-Fitr prayers on the beach at Parangkusumo beach, near Yogyakarta July 28, 2014. Indonesia, which has the world’s largest Muslim population, celebrates Eid al-Fitr with mass prayers and family visits to mark the end of the Muslim holy fasting month of Ramadan. (Dwi Oblo/Reuters) 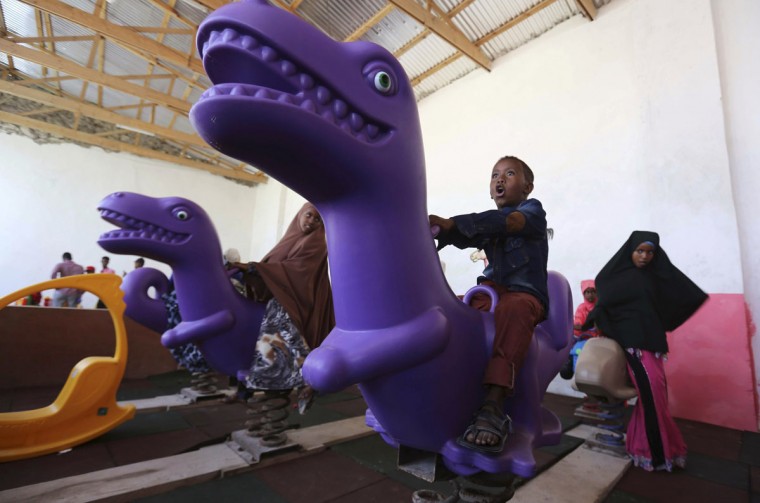 Children play in celebration after attending Eid al-Fitr prayers to mark the end of the fasting month of Ramadan in Somalia’s capital Mogadishu, July 28, 2014. (Feisal Omar/Reuters) 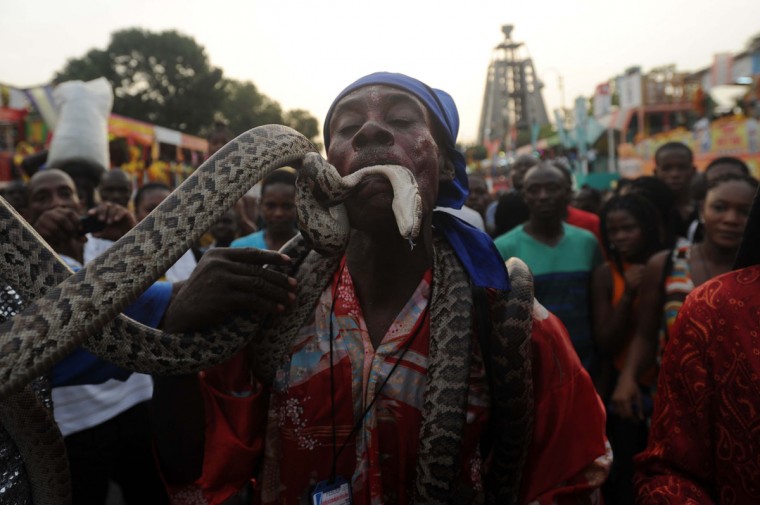 Haitians participate in the first day of the Carnival of Flowers July 27, 2014, in Port au Prince, Haiti. The three-day festival celebrate through the streets of Hatian capital’s downtown. (Hector Retamal/AFP/Getty Images) 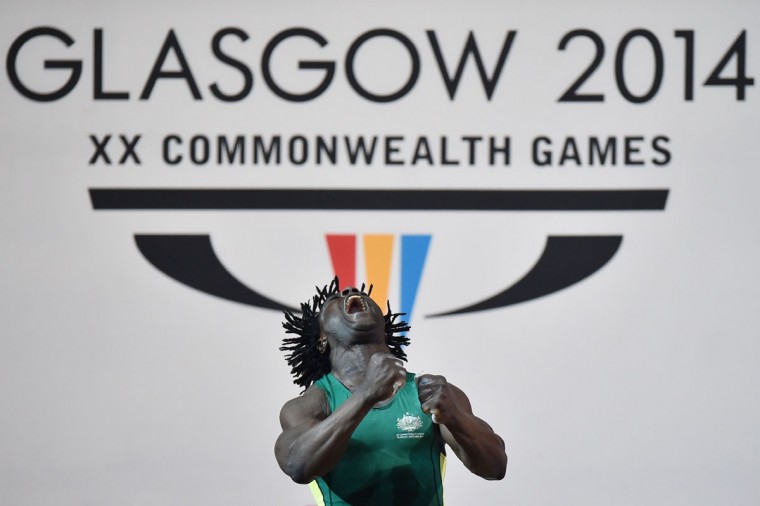 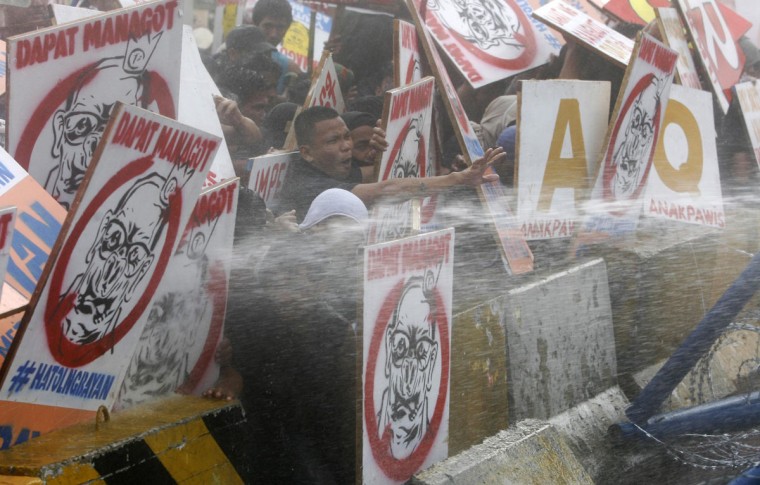 Protesters react as they are hosed by a water cannon as Philippine President Benigno Aquino delivers his fifth State of the Nation Address (SONA) during the joint session of the 16th Congress at the House of Representatives of the Philippines in Quezon city, Metro Manila July 28, 2014. The biggest political crisis that Aquino has faced in four years in power could damage his image as a crusader against corruption and undermine his ability to deliver on reforms to sustain strong economic growth. The Supreme Court this month declared partly illegal a 145 billion pesos ($3.34 billion) economic stimulus fund that Aquino created in 2011 from budget savings, sparking a storm of controversy that has distracted the government from its work. (Al Falcon/Reuters) 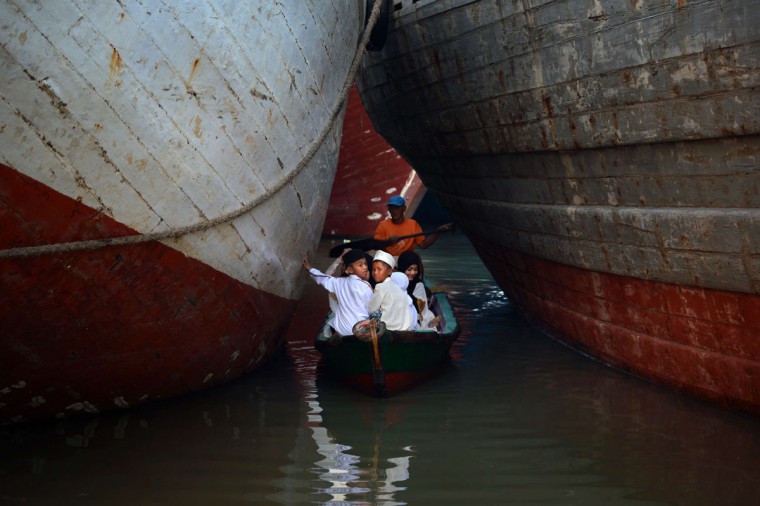 Indonesian Muslim devotees arrive on a boat to attend the morning prayer to celebrate the Eid al-Fitr festival at the historic Sunda Kelapa port district of Jakarta on July 28, 2014. Muslims around the world are celebrating Eid al-Fitr which marks the end of the month of Ramadan, after the sighting of the new crescent moon. (Romeo Gacad/AFP/Getty Images) 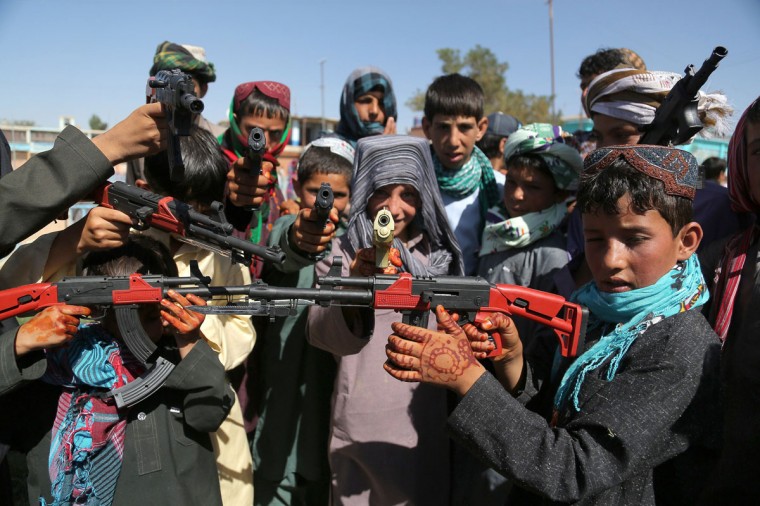 Afghan children play with plastic guns as they celebrate Eid al-Fitr and the end of the fasting month of Ramadan in Ghazni on July 28, 2014. Muslims around the world are celebrating Eid al-Fitr this week, marking the end of the holy month of Ramadan during which followers are required to abstain from food, drink and sex from dawn to dusk. (Rahmatullah Alizadah/AFP/Getty) 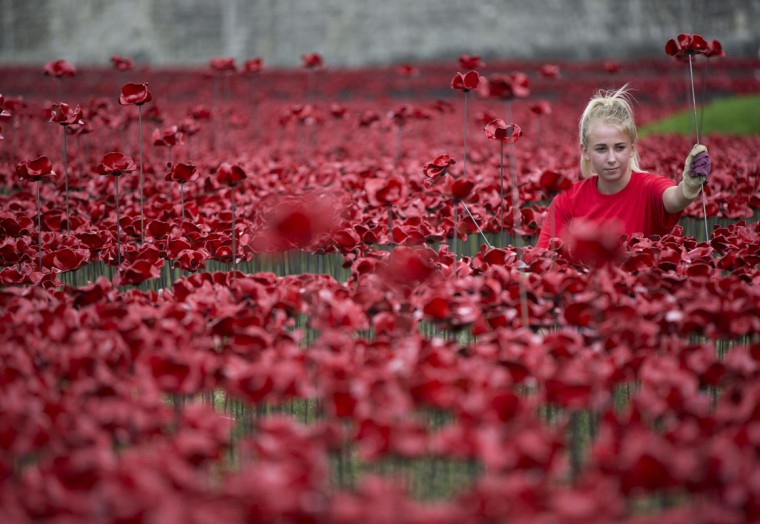 A volunteer poses with a ceramic poppy amongst the art installation “Blood Swept Lands and Seas of Red” marking the anniversary of the World War One at the Tower of London July 28, 2014. The evolving installation by artist Paul Cummins will be formed of 888,246 ceramic poppies, to honor military fatalities during WWI. (Neil Hall/Reuters) 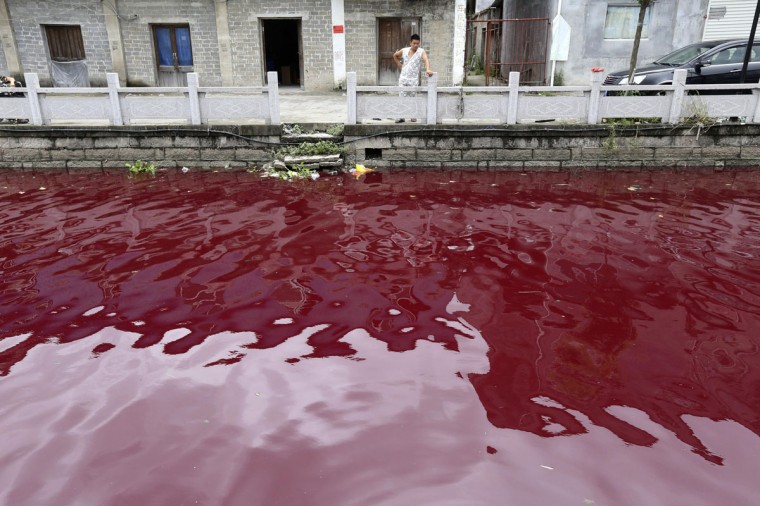 A man looks at a contaminated river in Cangnan county of Wenzhou, Zhejiang province July 24, 2014. Local authorities said the water in the river turned red after several buckets of red dye were misplaced near the riverbank and the local environmental protection administration did not find harmful substances in the water, local media reported. Picture taken in July 24, 2014. (Reuters) 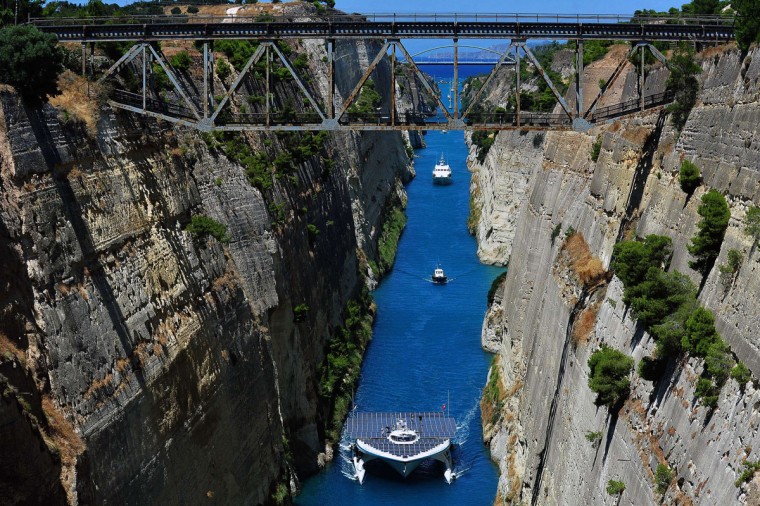 The world’s largest solar-powered boat, “MS Turanor PlanetSolar” sails through the Corinth Canal near the town of Corinth on July 28, 2014. The boat arrived to Greece as part of a joint archaeological project focused on underwater exploration off one of Europe’s oldest human occupation sites, the Franchthi cave in the Argolid, southeast Peloponnese. The project is taking place in one of Greece’s richest archaeological areas, the Argolid, known for its major palatial complexes in the Bronze Age that include Mycenae and Tiryns and later, classical-era city-states and sites like Argos and the ancient-theatre site of Epidaurus. (Valerie Gache/AFP/Getty Images) 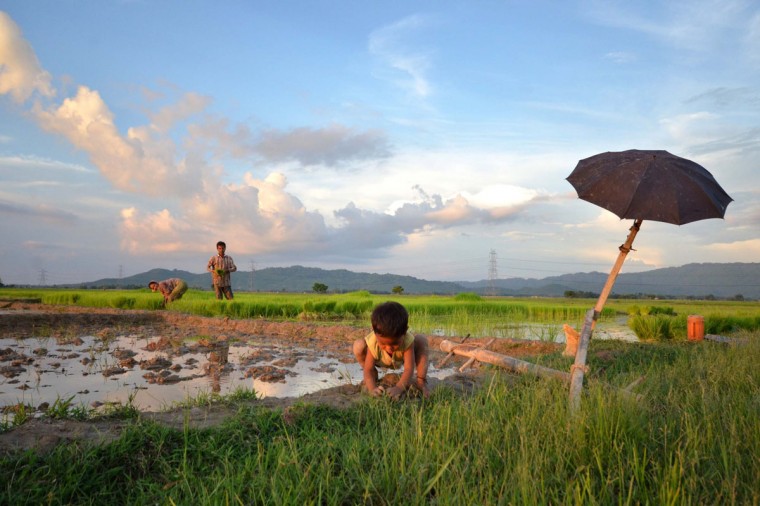 An Indian child plays as his parents work in a paddy field at Nagaon, some of 180 kms east of Guwahati on July 27, 2014. The annual monsoon season from June to October brings rains that are vital to agriculture in India. (Anuwar Hazarika/AFP/Getty Images) 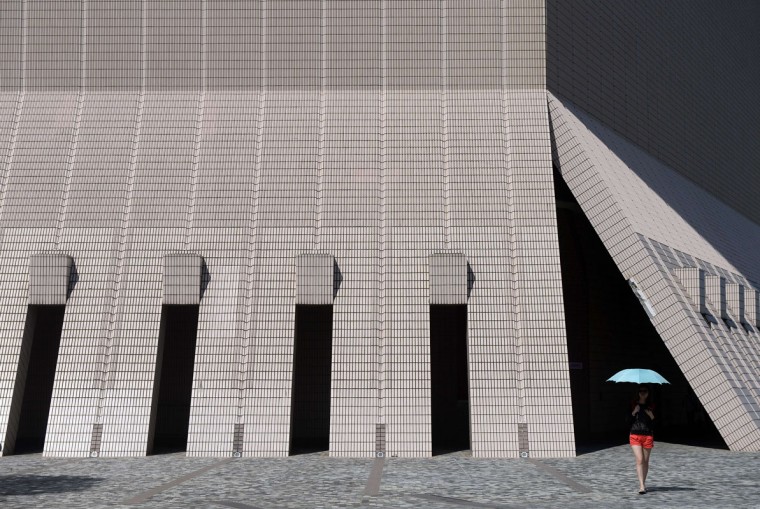 A woman (R) shields herself from the sun during a hot summer day in Hong Kong on July 28, 2014. An anticyclone over southeastern China brought generally fine weather to the region with temperatures rising to 33 degrees Centigrade (91 F), the Hong Kong observatory reported. (Dale de la Rey/AFP Getty Images) 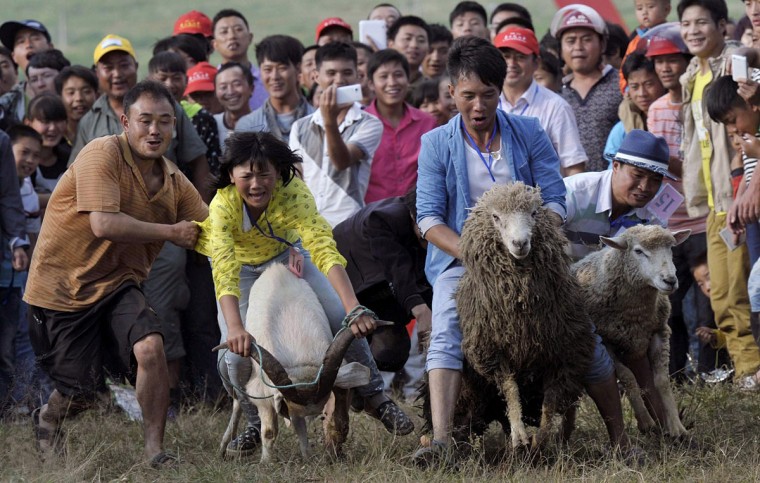 People look on as participants ride goats and sheep during a race to celebrate a local festival in Fengshan town, Guizhou province. (China Daily/Reuters) 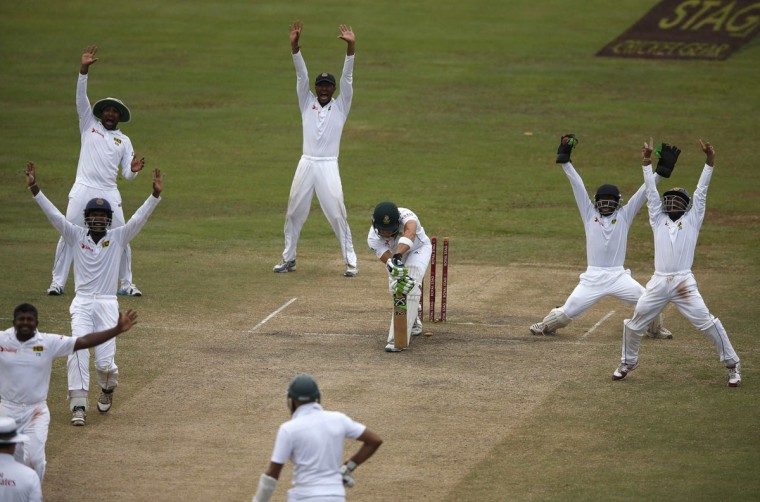 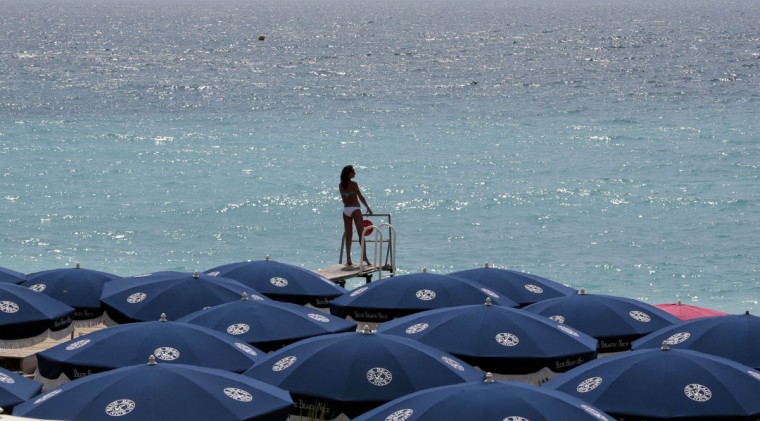 A woman sunbathes on a private beach during a sunny summer day in Nice, southeastern France, July 28, 2014. (Eric Gaillard/Reuters) 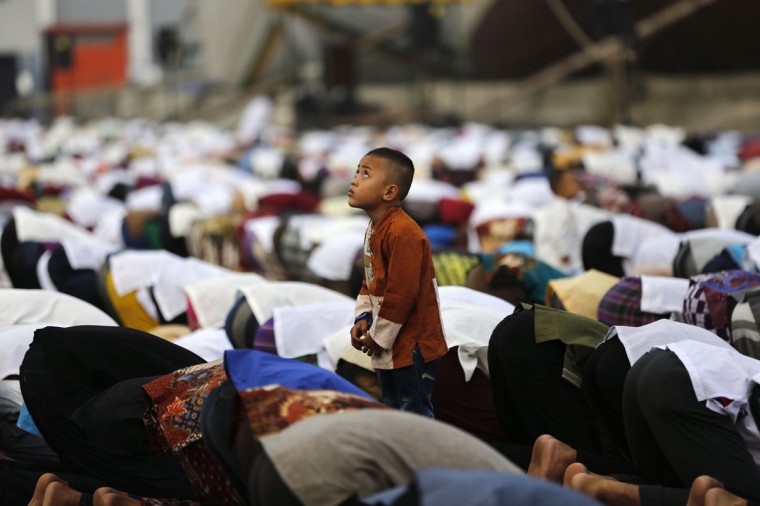 A boy watches a remote-controlled camera fly above (unseen) during a prayer session on Eid al-Fitr at Sunda Kelapa port in Jakarta July 28, 2014. Indonesia, which has the world’s largest Muslim population, celebrates Eid al-Fitr with mass prayers and family visits to mark the end of the Muslim holy fasting month of Ramadan. (Darren Whiteside/Reuters) 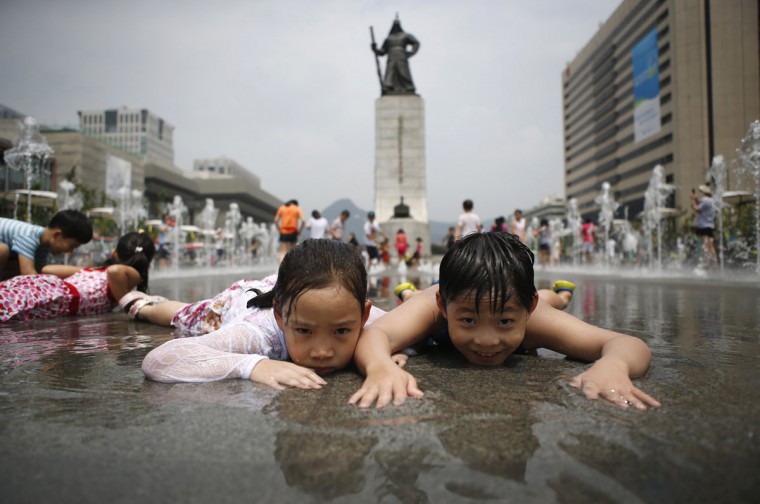 Children play in a fountain to cool down on a hot summer day in front of the General Lee Soon-shin statue in Gwanghwamun, Seoul July 28, 2014. (Kim Hong-Ji/Reuters) 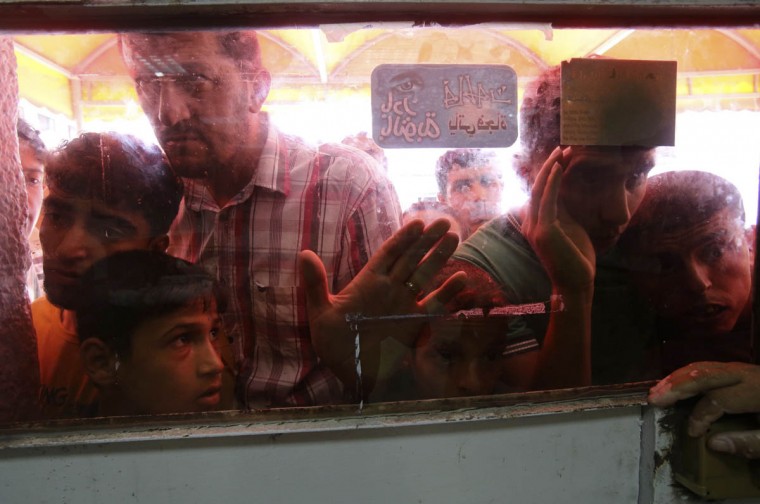 An Israeli soldier rides atop an armoured personnel carrier (APC) past dried sunflowers after crossing back into Israel from Gaza July 28, 2014. Israel eased its assaults in the Gaza Strip and Palestinian rocket fire from the enclave declined sharply on Monday, the military said, with both the United States and United Nations calling for a durable ceasefire. (Baz Ratner/Reuters) 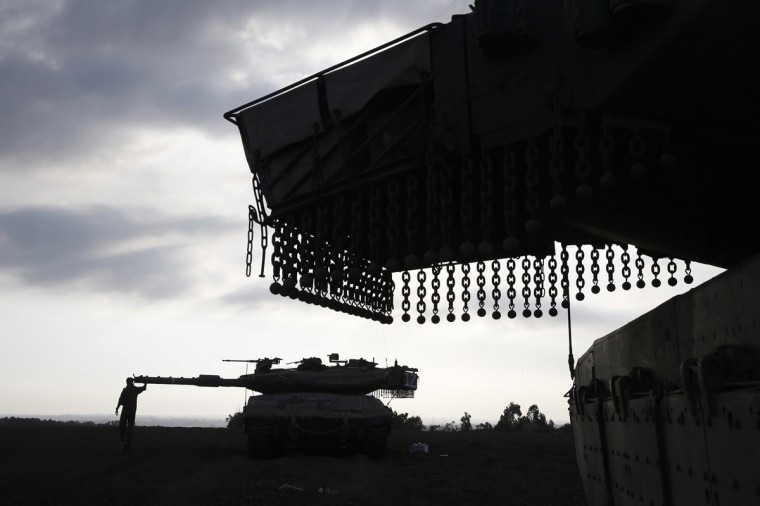 An Israeli soldier holds a weapon atop an armored personnel carrier (APC) after crossing back into Israel from Gaza July 28, 2014. Israel eased its assaults in the Gaza Strip and Palestinian rocket fire from the enclave declined sharply on Monday, the military said, with both the United States and United Nations calling for a durable ceasefire. (Baz Ratner/Reuters) 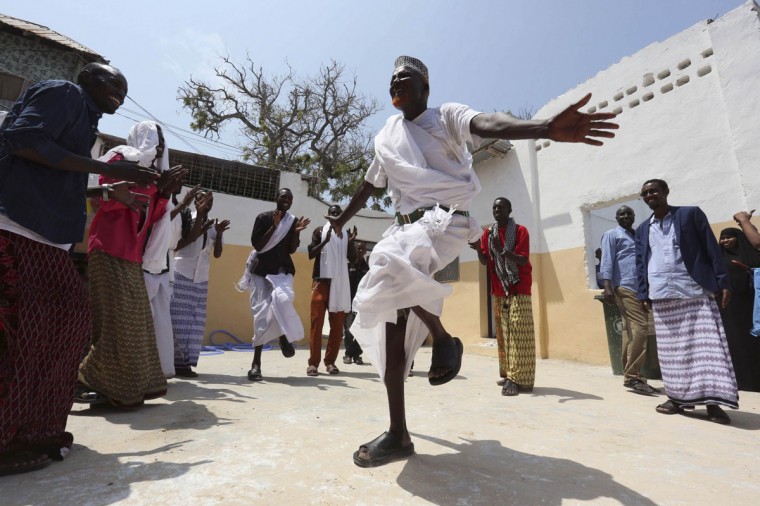 A man performs a traditional dance in celebration after attending Eid al-Fitr prayers to mark the end of the fasting month of Ramadan in Somalia’s capital Mogadishu, July 28, 2014. (Feisal Omar/Reuters)